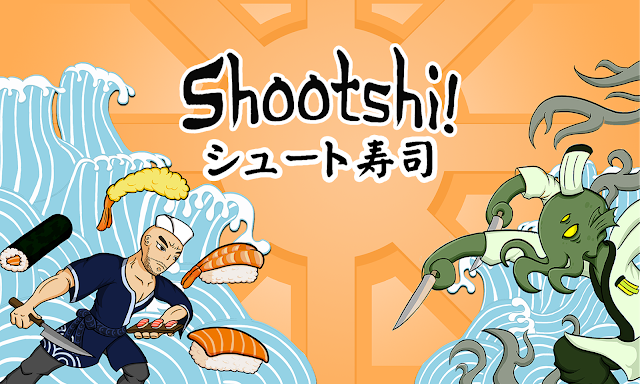 For the Shootshi project, I was in charge of researching and developing the AR and any other technical aspects of the project. Though the end product wasn't as robust as we wanted due to time constraints, we were able to develop a competent proof of concept that merges the physical with the digital.

We implemented Augmented Reality into Unity using Google's ARCore. The process would be similar to integrating Apple's ARKit, but due to limitations on hardware, we could only develop for Android devices. We knew that AR served the game pretty well, but didn't know exactly how it could not overpower the board-game aspect of Shootshi. I created a quick gameplay mockup in Photoshop to see how someone could interact with the game.

To determine how the phone will recognize the physical pieces, I implemented something called Augmented Images. I scan in a symbol and make it an high contrast, 300x300px square, and upload that into Unity. From there, I compiled the symbols into an Augmented Image Database, which can hold up to 1,000 images with unique data points. From here I can now detect whether the phone recognizes something from the database, create an anchor point based on the scanned image, which will anchor the 3d object to the scanned image. There are a few problems that I encountered while implementing this. The major one was that the anchor points didn't share the same Y coordinate, it could be anything between -1 to 1, which made the models uneven. This could be resolved by scanning the table first, and modifying the anchor point to share the flat plane that was scanned, or, have physical models and apply digital effects and graphics onto the physical pieces. The other problem was that the phone can only keep track of 20 Augmented Images at any one time, which is something we accounted for in the gameplay section of this project. 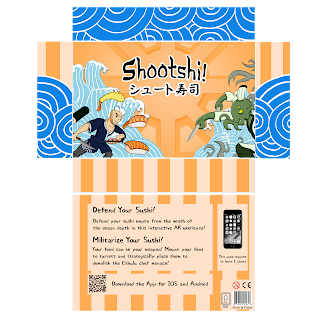 Box Design
I also developed a custom template and made the 3d renders of the final box design. 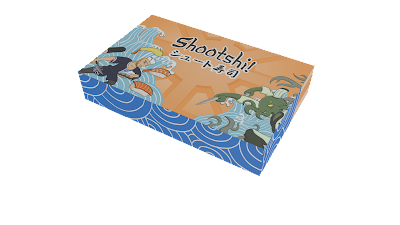 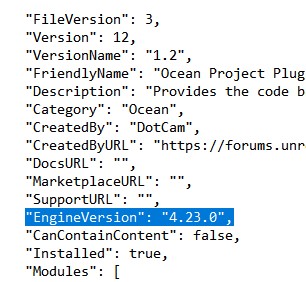